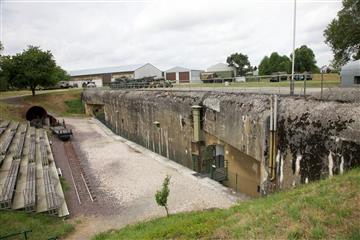 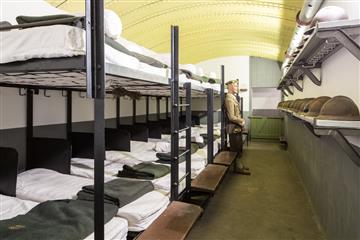 The "Abri" is a underground fort, built into the slope and invisible from the surface. The two thick armored doors piercing its massive blank 60 meter-long exposed side were covered by four machine gun positions. The diamond ditch, or moat, designed to collect the blocks of concrete splintering off the facade in case of a bombing attack, created an additional obstacle. Other standard features include two half-caponnieres (machine gun positions at moat level) equipped with crenels supplying close defensive fires and tubes for ejecting grenades into the ditch. Two GFM (Lookout and Machine Gun) "cloches" (cupolas) located on top of the structure served as observation and defensive positions. The fort was equipped with an antenna for radio transmissions. 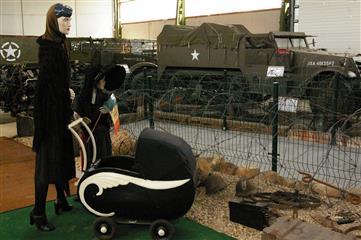 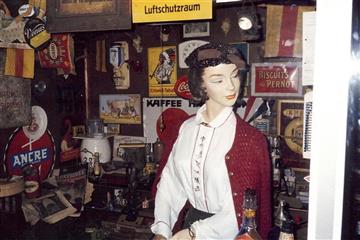 From January 9 thru' 21, 1945, Hatten and the neighboring community of Rittershoffen were the site of one of the fiercest tank battles in France which resulted in 85% destruction and 114 civilian casualties (83 in Hatten and 31 in Rittershoffen).

Two rooms located in the heart of the bunker pay tribute to the victims. Numerous original photographs and testimonies from the participants describe the plight of the civilians trapped in the vicious fighting.

The battle of Hatten-Rittershoffen was part of Operation Nordwind, Hitler's last offensive on the western front. The Führer had several objectives in mind: the primary aim was the elimination and destruction of US Seventh Army in northern Alsace. Besides, the Allies would be tied in Alsace and therefore would not be transferred to the battle of the Bulge, which seemed doomed to failure.

A third room depicts the evacuation of the people of Hatten: their hasty departure from the village in September 1939, their difficult lives as refugees in Chateauponsac (Haute-Vienne) and their return during the summer of 1940. Near the "Abri", the Memorial Woods is a quiet place dedicated to the innocent civilian victims of the conflict. 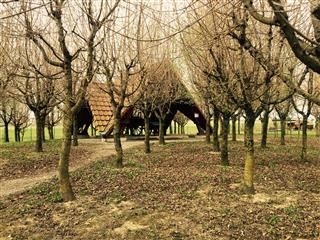 Outside, on the Museum's site, the Wood of Remembrance is a place of calm and contemplation dedicated to the civilian victims of the battle.

The Remembrance Wood with its 114 trees, tribute to the 114 civilian victims of the 2 communes, and under a modern construction open to the 4 winds, the CHARETTE DU SOUVENIR, which served to transport the bodies of hundreds of military casualties (American or German ) and civilians.

The Wood of Remembrance and the Charrette du Souvenir: a tribute to the 114 civilian victims of Hatten and Rittershoffen.

The House of Models 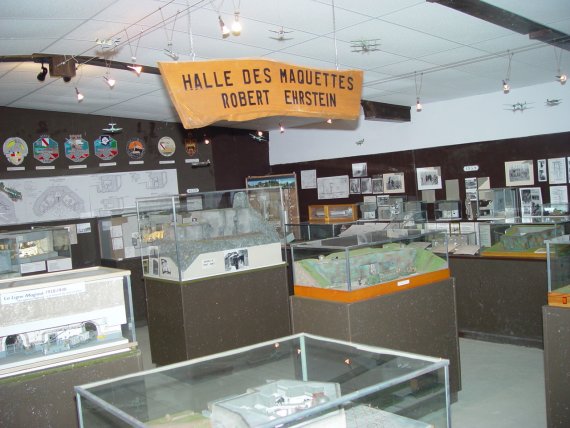 This building houses Mr Robert EHRSTEIN's collection, devoted to French pre-war fortifications ("ouvrages"). Models, maps, outlays and documents date from the beginning of the construction of the Maginot Line in 1928 to the signature of the Armistice in June 1940. They provide a fitting introduction to the other Maginot Line sites in the area.

Most models have been made on a 1:35 scale. They represent various Maginot Line fortifications, casemates and barracks as well as vehicles, loco tractors, train cars and tanks of this period.

The collection enables the visitors to follow the various stages of the construction of the Line and to leisurely visit the different types of "ouvrages" without walking along miles of galleries or climbing up and down stairways. Near the entrance, a scene in a showcase depicts a customs house in 1930 with the German and the French customs-officers, the barrier and a guard checking ID's, a necessary counter-intelligence measure during the construction.

In 2010 the house of the models has been enlarged in way to receive more models. Inauguration took place on 2010 July 20th during the 15th years old museum ceremonies

Hall of the "forced draft" 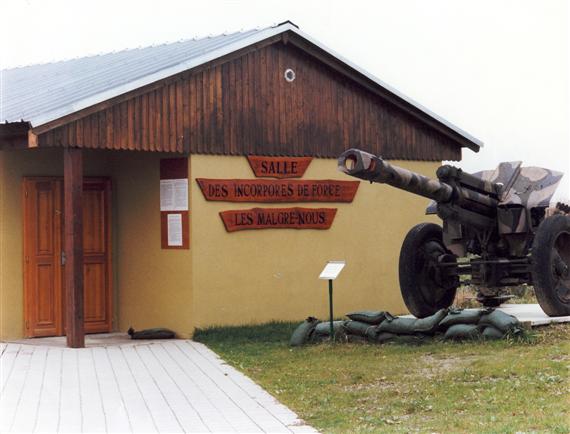 This hall is dedicated to the 130,000 men from Alsace-Moselle who were forcibly drafted into the German Army by the Nazis between 1942 and 1945, during the annexation of the two provinces by the Third Reich.

They did not volunteer, thence their names of "Malgré-Nous" (= in spite of their own will), but failure to comply with this totally illegal measure would result in the deportation of their families. Most of the men thus enlisted fought on the Russian front. 40,000 of them died for a cause that was not theirs.

Those who deserted from the Wehrmacht or were captured by the Russians were gathered in camp # 188 in Tambow. Forced labor, malnutrition, the harsh climate, the lack of hygiene, epidemics, torture and beatings resulted in thousands of casualties.

The first survivors did not return home before The Fall of 1945 and the last ones, isolated in far-away camps, came back as late as 1955.

Stories and personal recollections will help you understand the fate of these men. You will see a reconstitution of life in the camps and photographs illustrating the living conditions. A section of the exhibit is devoted to Nazi propaganda, which praised the German Army, thus enticing the Alsatians to enlist. 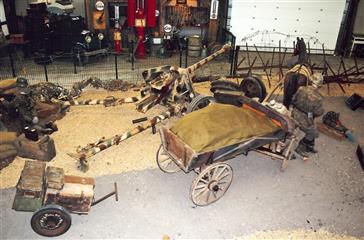 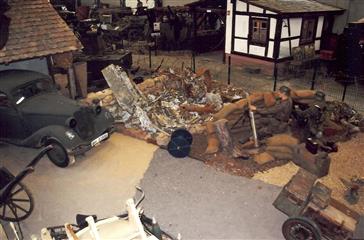 The battle of Hatten (January 1945) has been reconstituted, using American and German equipment dating from the WWII period.

Several dioramas with tanks, guns, halftracks and men wearing authentic uniforms show the battlefield where the confrontation between the Germans and the Americans took place.

All around the Bunker is displayed an important collection of military equipment from 1939 to the present times, sorted out by countries:

- In the American sector, guns and halftracks...

- The Russian and East-German sectors display the Cold War with - a weather station - a MIG 21 jet plane - helicopters - the reconstitution of a section of the Berlin Wall...

- More equipment in the storage area (can be visited). 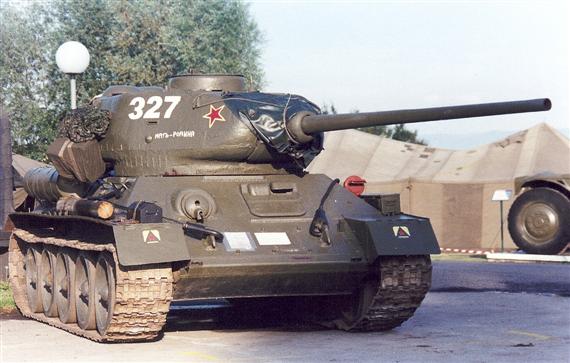 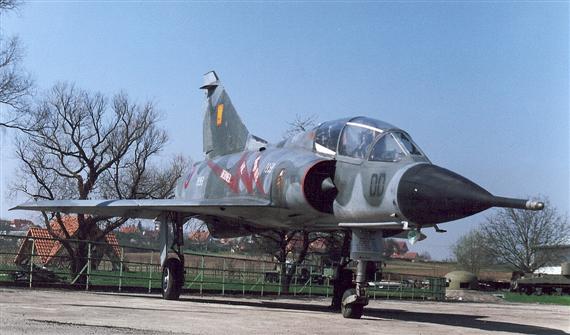 No less than 19 works of the Maginot Line were built from 1930 on the ban of the village of Hatten,  located on the edge of the great forest of Haguenau at its eastern end.

Among these works are many small bunkers, but also a beautiful OBSERVATORY (cannot be visited)

and of course the ABRI, the largest with its 28  restored rooms ,  some turned into showrooms .